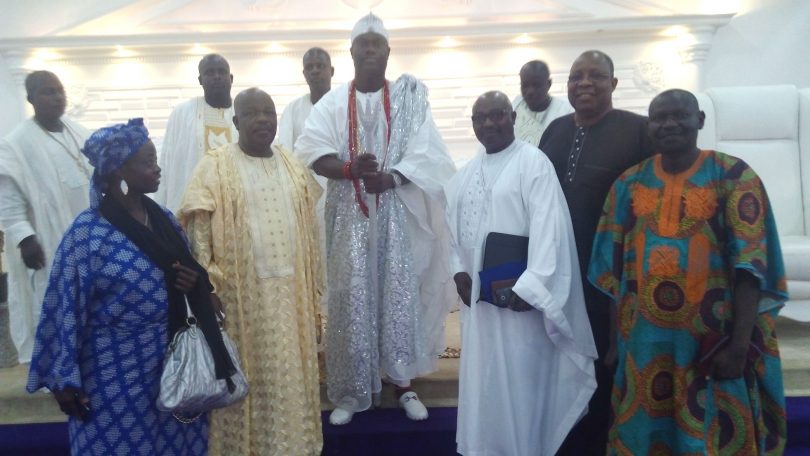 Oba Ogunwusi gave his unalloyed endorsement of the summit while welcoming to his palace Wednesday, a delegation of the Egbe Omo Yoruba in North America led by its President, Aare Bolu Omodele. Other members of the delegation include former Aare Adeola Odusanya, Dr. Duro Akindutire, Secretary of the Egbe and Public Relations Officer, Alhaja Sola Yusuf.

While expressing his joy for the idea of the summit, Oba Ogunwusi promised to assist to make it an unqualified success. His Imperial Majesty and the Egbe delegation also explored the possibility of establishing a Yoruba World Summit Village at Ile-Ife which will be a yearly carnival type event.

The Yoruba World Summit takes place from October 17 through 22 at Nigeria’s foremost university, the University of Ibadan. The theme of the summit is “Yoruba Renaissance: Understanding our past for a better future.” Several hundreds of Yoruba men and women of all stripes at home and in diaspora will attend the summit to promote the unity, progress, and empowerment of all Yoruba people worldwide.

The Yoruba World Summit is convened by the National Association of Yoruba Descendants in North America. The organization referred to as “Egbe” is the umbrella organization of all Yoruba groups in the USA and Canada.