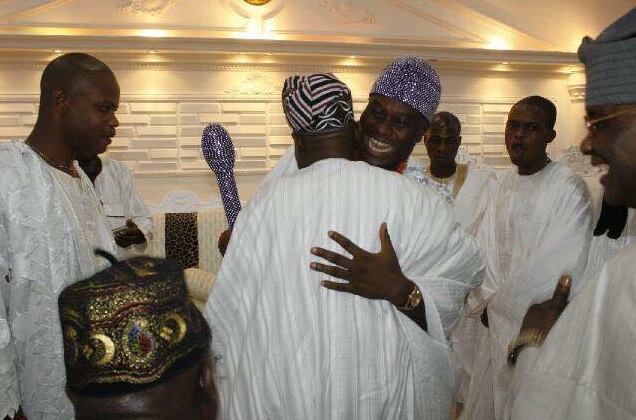 By Toluwani Eniola
THIS REPORT WAS CULLED FROM Punch Newspapers Online
A Yoruba socio-political group, Egbe Omo Yoruba in North America, has expressed support for the recent calls by former President Olusegun Obasanjo and the Ooni of Ife, Oba Adeyeye Ogunwusi, that the Yoruba people should be more united.
The President of the group, Mr. Bode Omodele, said the group was worried about the lack of unity among the Yoruba, adding that the South-West leaders should emulate the North.
Speaking on plans for the group’s forthcoming summit scheduled to hold at the University of Ibadan between October 17 and 22, Omodele, in a statement on Wednesday, said it had become imperative that leaders of the Yoruba looked beyond personal gains.
According to him, the summit, which has as its theme “Yoruba Renaissance: Understanding our past for a better future,” will help leaders of thoughts in Yoruba land to reason together and identify the challenges facing the people and how to chart a new path for the development of the nation.
He said, “The truth is that we have discovered over time that the Yoruba people are not as united as our counterparts from the northern part of the country.
“It appears that our leaders are more concerned about personal gain in the power game. We, the members of Egbe Omo Yoruba in North America, now think there is an urgent need for us to bring our people together,  to talk about our unity, culture and those inherent values deposited in us by the almighty God that will help us speak with one voice. We believe the best thing to do is to allow our collective interest to override our individual interest.”
A former President of the association, Mr. Adeola Odusanya, stressed that moves made by Obasanjo and Oba Ogunwusi on the unity of the Yoruba people were commendable, adding that it would go a long way in addressing the problem of disunity among the ethnic group.
The statement quoted Odusanya as saying, “Former President Obasanjo, during his visit to the US, advised members of our association to go to Nigeria and galvanise our people on the need to have a united force. The Ooni of Ife is also fully aware that the Yoruba people cannot get anywhere without a united voice.”