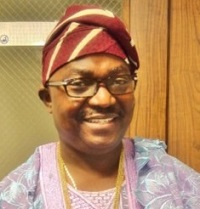 Ibadan, Nigeria, October 21, 2016…. Over the past few years, Egbe Omo Yoruba North America (National Association of Yoruba Descendants in North America) has made several efforts to ensure that the glory days of the 60s and 70s when the Yoruba of the Western Region of Nigeria thrived, is recaptured in order to ensure that the region is economically stable, independent of the allocation of oil from the Federal Government of Nigeria.  However, several obstacles have prevented the Egbe from making headway on its efforts especially due to what its President Bolu Omodele classified as “war against ourselves.”

The above was the premise of the 2016 Yoruba World Summit, a five day event recently concluded in Ibadan, Oyo State. The Yoruba World Summit provided a forum for the Egbe to dialogue with all grassroots organizations and other stakeholders in order to come up with a solid agenda that promotes unity, economic empowerment and other cultural gains.

The summit took place at the International Conference Center of the University of Ibadan from October 17 through October 21 and was attended by over 600 delegates representing about 40 groups from Western Nigeria and the Diaspora including representatives of elected officials, Yoruba Obas’, Yoruba leaders of thought and leaders of Yoruba organizations.

The five-day gathering featured a variety of programs including a tour to Ile-Ife the cradle of the Yoruba race and culture, the inauguration of the Ile-Oluji, Ondo State farming scheme, plenary sessions and a gala night which featured colorful traditional dancers and a band stand.

After exhaustive deliberation the Summit resolved as follows:

The President of the Egbe Omo Yoruba in North America, Aare Bolu Omodele, in his address promised that the Association will not only play the role of a watch dog, but be “a facilitator to ensure our resolutions are implemented.”