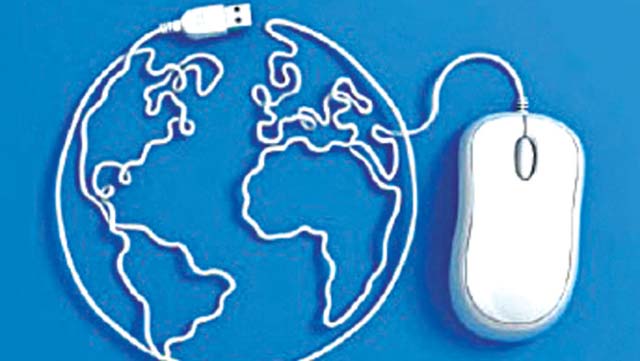 “Local Attorney’s Identity Stolen, Used To Scam Women Online”; “Hacked home devices caused massive Internet outage”; “A Nude Snapchat Video and Cyberbullying Lead to Teen’s Suicide”; “Nigerian email sting leads to theft of millions from companies”. These are some of the headlines from around the world about the evil happenings going on in our digital world. The awesome benefits of the Internet (too numerous to mention) appear to come with safety issues.From problems with wireless networks to unsecure websites to malevolent persons seeking to cause harm, online risks are posing huge dangers to individuals, businesses and governments. In response, parents, educators, security people, governments and opinion leaders are having conversations around the important yet frequently ignored topics on privacy, safety, digital citizenship, media literacy and more.

This week the National Association for Media Literacy Education in the United States is organising its second Media Literacy Week “to bring attention and visibility to media literacy education” in that country. Last Friday at the Twitter headquarters in San Francisco, California, the Digital Citizenship Summit organised by Marialice Curran and David Polgar hosted an event which served as the kick-off for the U.S. Media Literacy Week. The event which was streamed online to a global audience addressed one key question: “How can we be the digital change.” The event which featured a wide array of speakers and panelists from across the world focused on how individuals, communities, organizations and governments can organize to bring about a SAFE, SAVVY, and ETHICAL use of social media and technology.

Anyone growing up in the last three or four decades have heard the often repeated cliché, “we live in a technological age.” Originally the technologies operated largely independent of one another. In the last two decades, however, there has been some sort of technological convergence. We have seen for instance the telecommunications, information technology and the media sectors come together and grow together.The Internet is arguably the best example of technological convergence. And because of it we now live in a world of influential 24/7 media where you find all forms of entertainment technologies that can be quickly accessed by the world’s 3.2 billion people that are connected online including Nigeria’s 97 million subscribers. This interaction is changing the dynamics of families, schools, communities and even relationships. And it is noteworthy that every country around the world is experiencing in varying degrees the harmful consequences of our connection with digital technologies such as cyber attacks, cyber bullying, sexting, online scam among many others.Thought leaders around the world know that technology users especially children need to be educated about the safe, savvy, ethical use of media and technology. They are in the front line of helping students become competent, critical and literate in all media forms, how the media works, how they are organized, how they produce meaning and how they construct reality.

Educators are also actively instructing their students about the basic elements of digital citizenship which focuses on appropriate and responsible use of digital media and technology.

For example, the idea of digital citizenship helps students to safely navigate the deep recesses of the digital world. It helps them not to plagiarize information on the internet, not to use wrong etiquette in email, text or other online communication, not to harass or bully others, respect, educate and protect themselves and others.

In countries in Europe and North America lack of instruction in digital citizenship and media literacy education has been said to contribute to public health concerns resulting in physical and psychological issues such as obesity, bullying and aggression, low self-esteem, depression, negative body image, risky sexual behavior, and substance abuse, among others.

In Nigeria, the biggest problem we have as a result of our interaction with digital technologies is cyber crime. Nigeria is very highly rated globally when it comes to cyber crime and we have over the years sadly cultivated a flourishing cottage industry of fraudsters and provided a genuine breeding ground for cyber criminals. Online crimes, which started at the turn of the 21st Century as a form of advanced fee scheme in which unsuspecting victims are scammed into parting with their hard earned money has become more malicious with scammers hijacking people’s personal computers and local hackivists increasingly making attempts to hack government and private institution infrastructures. Last year, Nigeria reportedly experienced over 3,500 cyber attacks with over 70 percent success rate and lost $450 million to digital fraud according to the National Information Technology Development Agency (NITDA).

Government however is trying to combat this scourge with measures such as the cyber crime act of 2015 which properly defines what cyber crime is and outlines legal consequences for those who break the law. The law outlines fines, jail terms and even the death penalty for various offences including cyber-stalking, cyber-bullying, child pornography, identity theft and all kinds of hacking including any system or network that has been designated critical national infrastructure. On its face value the act looks very impressive and many opinion leaders have even acknowledged it as the quintessential solution to all our cyber problems. But how do you explain or factor in the fact that cyber fraud attempts in the country have reportedly increased 1,000 times in the first half of 2016, that is, one year since the passing of the cyber crime act. You cannot. The fight must therefore be fought on some other fronts as well.

The act or the law can take care of those adults who are completely formed and set in their criminal ways but they should not be allowed to encourage or recruit vulnerable young people to join their ranks. This is why an initiative such as digital citizenship must be one of our first lines of defense against the scourge of cyber crimes. Stakeholders such as education administrators, parents, teachers, students, citizens and governments at all levels should work together to educate the youth about the ramifications of the responsible use of the internet as well as its intrinsic dangers.This would be a positive step in helping our youth become more responsible Nigerian and digital citizens who would use technology appropriately for the benefit of themselves as well as others. It cannot be repeated too often that our young people need digital citizenship and media literacy education to fully participate in today’s digital economy and culture. And the society, the country has a responsibility to provide a workable system of digital education that will safeguard and enrich their experience.

As soon as children have digital tools in their hands, the effort towards educating them about appropriate use and teaching the consequences of misuse should start. The curriculum should cover the broad universe of digital citizenship and media literacy. It should cover online reputation, identity, privacy and how to leave positive digital footprints. It should also focus on aspects of information literacy that will help them find the right information on the internet as well as how to determine the validity and appropriateness of that information.The final frontier of this program should be in the arena of media literacy which would highlight the use of critical thinking skills to evaluate media messages. This will enable young people to discriminate messages and images from advertising and other media forms that may encourage smoking, drinking, drug use and criminal cyber activities.

The time couldn’t be more propitious to start a conversation that will lead to the launch of digital citizenship curriculum in primary and secondary schools across the nation that will empower students to think critically and make knowledgeable choices about how they live and treat others in today’s digital world. It is also hoped that the idea of media literacy will go mainstream to benefit every Nigerian regardless of age or educational background.

Olayefun works for Abuja based, Resources in flow Ltd. a human, digital and natural resources company.

Editor’s note: This article first appeared in the Nigerian Guardian on Friday, November 11, 2016.