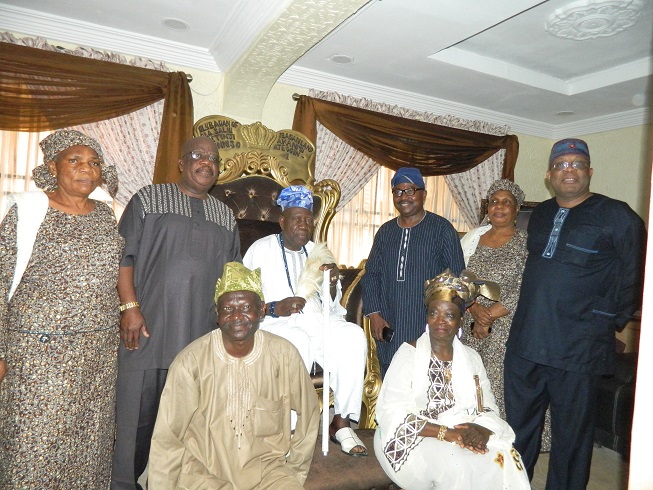 The Olubadan of Ibadanland, Oba Saliu Akanmu Adetunji, Aje Ogungunniso 1 has challenged Yorubas in diaspora to come back home and invest in agriculture so that the twin problems of poverty and unemployment could be addressed and reduced. Oba Adetunji made this declaration during the weekend visit of the delegation of the Egbe Omo Yoruba in North America to his Popoyemoja palace. The Egbe delegation was led by its President, Agba-Akin Bolu Omodele.

In a statement signed July 24, 2016, by Mr. Adeola Oloko, Kabiyesi’s Media/Public Affairs director following the visit, His Imperial Majesty indicated that every unit area of the Yoruba land can be cultivated for food crops. The statement quoted The OIubadan as saying “intending investors in agribusiness could also take advantage of the overwhelming presence of virtually all the agricultural institutes in Ibadan, such as International Institute of Tropical Agriculture, IITA, Institute of Agricultural Research and Training, IAR&T, Cocoa Research Institute, CRIN, Forestry Research Institute, FRIN, Nigeria Institute of Horticultural Research and Training, NIHORT among others.”

Furthermore, the press release quoted Oba Adetunji  as saying that the research ins 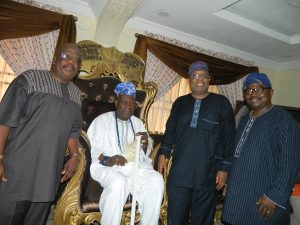 institutes in question are in a better position to consult and advise intending investors in agribusiness in a way that would benefit both the institutes and investors, regretting that many Nigerians still labor under the erroneous impression that agricultural business is better left in the hands of peasants.’

Earlier on, Agba Akin Bolu Omodele sought the support of the Olubadan toward the successful staging of the Yoruba World Summit slated for Ibadan next October. Oba Adetunji told the delegation “e ku ise, Olorun a duro ti yin, a si ba wa se.” “Let me know where you need my help.”

In a rapid letter signed by Agba Bolu Omodele, Agba Adeola Odusanya and Agba Akin Duro Akindutire, the Egbe immediately requested Kabiyesi to be present at the Yoruba World Summit as traditional chief host and also requested that the Egbe be pointed in the direction of individuals and corporate organizations that can support the Summit through sponsorship. The Egbe also asked for traditional drummers as well two internationally recognized musicians to entertain at the Summit.