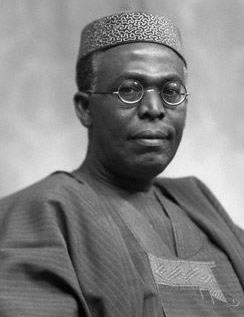 Introduction: A prophet is not without honour except in his domain

“For I know the plans that I have for you” declares the Lord, “plans to prosper you and not to harm you, plans to give you hope and a future.” (Jeremiah 29:11).

But then a prophet is not without honor save in his domain as Jesus the Christ knew so well:

“Then Jesus spoke to the multitudes and to His disciples, saying….

“Woe to you, scribes and Pharisees, hypocrites! Because you build the tombs of the prophets and adorn the monuments of the righteous, and say, ‘if we had lived in the days of our fathers, we would not have been partakers with them in the blood of the prophets’

“Therefore, you witness against yourselves that you are the sons (and daughters) of those who murdered the prophets…

“O Jerusalem, Jerusalem, the one who kills the prophets and stones those who are sent to her! How often I wanted to gather your children together, as a hen gathers her chicks under her wings, but you were not willing!

That was the prophet of prophets, the Son of God in Christian reckoning, chastising the men of substance of his times for the atrocities that they committed in the name of religion in particular but also in general for their contempt for the truth that hurt their ego. He referred to them as hypocrites for not being true to their conviction and for believing and practicing something in private that they condemned in public. In the end, he left their house to them desolate.

Chief Obafemi Awolowo did not fake being Christ or the Son of God. He claimed no sainthood while on earth. But it is safe to suggest that as a human being, he must have felt the kind of anguish that Christ the Messiah felt when, gifted with such an unusual capacity for zeroing in on the nation’s challenges and the responses they required, he was shunned time and time again by his peers.  In his own words:

“…in order to justify the rationale for its evolution and existence, the State has an imperative duty to declare economic, social, and political objectives, and through its programmes, to pursue such objectives most sedulously. The objectives must be such, when implemented, as to bring to every citizen, without exception, maximum welfare, social justice and equity, and happiness.” Path to Nigerian Greatness, 76.

This was the supreme moral imperative which guided his leadership of the Western Region. It was for the same objective that he struggled unsuccessfully to lead Nigeria.